Wondering What Is An Invasive Species? An invasive species refers to any animal or plant species that is not actually native to the region where it is found, but has the tendency to spread abnormally, causing damage to the human health, human economy and agricultural land. We cannot say that they are aliens but they may be viruses, animals or plants spreading much beyond the normal occurrence rate. They cause great menace to the cultivable lands and even to the personal resources. Thus, it may be said that invasive species inflict damage to the human economy, plants and human health. Some of the examples of such species are ivy gourd, the giant African snail, etc. 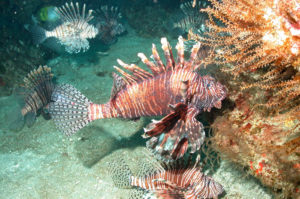 What are the impacts of invasive species?

The invasive species are extremely fast breeding and highly adaptive creatures. They can spread freely in the given environment and has the potential to breed uncontrollably. In fact, the invasive species have negative impact on the human beings and also on the environment. Their very interference with our natural surrounding can be dangerous. For instance, Merremia, the invasive wines, overwhelm the areas of Samoa native forests and has driven several species of plants to the verge of extinction. On the other hand, the invasive wine has reduced the potential of plants when it comes to producing fruits and flowers. So, in a way, this invasive species is impacting the other species that depend on the plants for food. Even the people of the region are impacted. For example, the people of Samoa have to invest a lot of money on the agricultural lands so that they become suitable for agriculture. Thus, an enormous cost needs to be expended on the agricultural lands, impacting the economy. In fact, this tends to ruin the human livelihood, the food security and the island development. On the other hand, these invasive species also carry deadly diseases.

How to control the situation?

Some techniques of controlling invasive species

There are many who wonder What Is An Invasive Species and how to get rid of them. If you are pretty much careful, you may restrict the occurrence of such dangerous species that can severely impact the human lives and our economy.